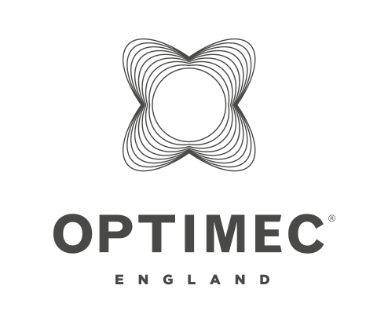 In these articles, we tend to focus on the big names in the healthcare industry and what they are doing to improve the patient experience. However, sometimes it's the smaller fish in the pond who are helping to change the game in the field of PX.

Independent healthcare providers are often held in high regard in the communities they serve. It's a natural symptom of being a large brand that the human touch can be lost when it comes to patient experience, and it's in this regard that smaller outfits can shine. Factors such as being on a first name basis with patients, and the continuance and consistency of care which comes from seeing the same practitioner each time a person has an appointment, all contribute to creating a superior patient experience.

It's also this close relationship with patients that allows independent healthcare providers to spot ways in which the experience can be improved, and this is what inspired a UK-based optometrist to invent his own new eye-test technology - Optimec.

Based in Durham in the North of England, Simon Berry runs a small independent optician office which has been serving his local community for many years. The clinic specializes in treating small children and patients with Down's syndrome and other learning difficulties. It's while carrying out eye tests on these patients that he spotted an issue with the patient experience.

A big problem with children and people with learning difficulties is that it can be challenging to get them to focus on a task for a significant period, especially when it comes to maintaining eye contact. This poses a clear problem when they need to have their eyes tested.

This led Berry to contact Durham University with an idea for a new piece of technology to help patients focus during eye tests.

"It is about making the eye test a nicer experience," said Berry. "It can be quite scary going to an optician and this should make it a little bit more pleasant and relaxing. It is a simple idea, but it works. I sketched different things out, then I contacted Durham University and said, 'This is what I want to do - is it possible?' They told me how I could do it."

The device he invented is named the Optimec Visual Fixation System. The VFS allows patients having their eyes tested to watch an entertaining video while the procedure is carried out, holding their attention and keeping them distracted from the stressful clinical experience.

It works by splitting a beam of light which reflects the image from a smartphone to the patient's eye - without getting in the way of the optician carrying out his/her work. Although the product was initially developed with Down's syndrome patients in mind, it's been found to be useful for many others, including those with autism and dementia.

"I can set it so people can watch any video, so old newsreels or Peppa Pig or a video of their dog," added Berry. "It's been better than I thought because I thought it would be useful for a very small number of patients, but actually it seems to be useful for so many more people."

After testing the device in his own practice, Berry has now offered the VFS to other healthcare practitioners and charitable organizations for further testing. So far, Aston University, Cardiff University, the Association of British Dispensing Opticians, and national charity SeeAbility have started testing the device, with Great Ormond Street Hospital also expressing an interest.

Speaking about the mother of an autistic boy who came to visit his practice after unsuccessfully trying to get her son's eyes tested at the local hospital, Berry said, "I used the device and he was absolutely fine in the eye test. The mother just burst into tears because it was the fourth appointment that year and he had never been able to cooperate."

Whether in a hospital or a specialist clinic such as an optician, the experience can often be a confusing and stressful one for people with learning difficulties or other mental illnesses.

It's great that independent healthcare providers such as Simon Berry are able to spot these issues and work to develop technology which can help make even a simple eye test a more comfortable and pleasant experience for everyone involved - while proving that it's not just the big brands who are the ones to watch when it comes to technological innovation.

Download the agenda today for more information and insights.